Will White Static Caravans in Wales be Phased Out? 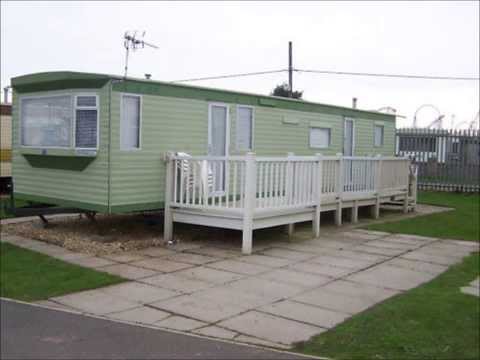 White Static Caravans may be a thing of the past if the Gower Society in South Wales gets its way. Their members have been visiting National Parks in the area where planning authorities are stipulating that the colour of new Static Caravans must be sympathetic to the landscape, such as brown or green.

According to one Caravan Park owner, considering that people can pay up to £40,000 for a state of the art model, it’s just not possible for current caravan owners to change the colour of their vans. This suggestion has not hit North Wales yet but if it did, we agree with this sentiment. In the long term, it might be possible but could take at least 20 years to effect.

Some holiday parks would be exempt

Caravan holiday parks that pre-date 1960 are immune from councils imposing this kind of stipulation on them since they have unconditional planning consent. However, since most park operators require owners to replace or remove their caravans when they are 10 years old, it would then be possible to only take caravans of designated colours.

We can see from aerial photos taken across Wales that white Static Caravans do contrast dramatically with the landscape and the idea of them blending in is quite aesthetically appealing. Nevertheless there are no plans to implement the Gower Society’s suggestions in Gower at the moment and certainly, there has been no mention of it in North Wales yet.

What do you think?

However, we would be very interested in owners’ and prospective purchasers’ views in terms of how they feel about buying or upgrading to caravans that are not white. There’s no doubt that static caravan manufacturers will be watching this closely and meeting any demand for coloured caravans. Do you think it would be better for caravans to blend in with the landscape? Our own view is that it’s a commendable idea but lacks practicality in the short term.

Contact North Wales Caravans with your views and we will publish them on the blog when we have collected a reasonable amount.

We use cookies on our website to give you the most relevant experience by remembering your preferences and repeat visits. By clicking “Accept”, you consent to the use of ALL the cookies.
Cookie SettingsAccept AllReject All
Manage consent

This website uses cookies to improve your experience while you navigate through the website. Out of these, the cookies that are categorized as necessary are stored on your browser as they are essential for the working of basic functionalities of the website. We also use third-party cookies that help us analyze and understand how you use this website. These cookies will be stored in your browser only with your consent. You also have the option to opt-out of these cookies. But opting out of some of these cookies may affect your browsing experience.
Necessary Always Enabled
Necessary cookies are absolutely essential for the website to function properly. These cookies ensure basic functionalities and security features of the website, anonymously.
Functional
Functional cookies help to perform certain functionalities like sharing the content of the website on social media platforms, collect feedbacks, and other third-party features.
Performance
Performance cookies are used to understand and analyze the key performance indexes of the website which helps in delivering a better user experience for the visitors.
Analytics
Analytical cookies are used to understand how visitors interact with the website. These cookies help provide information on metrics the number of visitors, bounce rate, traffic source, etc.
Advertisement
Advertisement cookies are used to provide visitors with relevant ads and marketing campaigns. These cookies track visitors across websites and collect information to provide customized ads.
Others
Other uncategorized cookies are those that are being analyzed and have not been classified into a category as yet.
Social Media
These cookies are set by a range of social media services that we have added to the site to enable you to share our content with your friends and networks. They are capable of tracking your browser across other sites and building up a profile of your interests. This may impact the content and messages you see on other websites you visit. If you do not allow these cookies you may not be able to use or see these sharing tools.
SAVE & ACCEPT
Powered by